When the power goes out, it is always a good idea to have some candles handy, but what if your lighter runs out, and you don’t have many matches? When I found this awesome video tutorial by Mad Russian Scientist, on YouTube, that described how to light candles using spaghetti. One thing that is so awesome about the spaghetti candle lighting method is the fact that if you have a deep candle you can often get burned holding a match deep into the candle jar. The other reason that this spaghetti candle lighting idea makes sense, is the fact that you can also light the spaghetti on any flame from a stove, and it makes really good sense if you don’t have very many matches, you can really make your matches last.

Then, you will just take a stick of spaghetti and light it, you can light many candles this way.

This is a really useful method to light candles anytime, whether you are in an emergency or not. 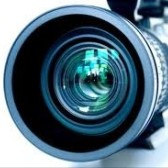