Researchers from the University of California, Berkeley, 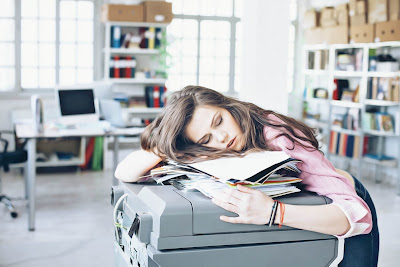 They conducted a study showing the long-term changes in the brain of chronic stress, which may explain why stressed people are more prone to mental problems such as anxiety and emotional state disorders.


The findings of the said study may open the door to new treatment methods that reduce the likelihood of mental problems after stressful events.


Doctors have long known that people with stress-related illnesses, such as post-traumatic stress disorder, have certain disorders in their brains, including differences in the amounts of white matter and gray matter. Gray matter is mostly made up of neuron cells that store and process information and support cells called glia, while white matter consists of axons that create fiber networks that connect neurons. White matter gets its name from the fatty myelin sheath that surrounds axons and increases the rate at which electrical signals flow between cells.


How chronic stress causes this permanent change in brain structure is a mystery that researchers are currently only in the early stages of uncovering.


In a series of experiments, the researchers discovered that chronic stress leads to more myelin-producing cells and fewer neurons than normal. This results in the presence of excessive myelin and naturally white matter in some parts of the brain, which disrupts the delicate balance and communication within itself.


The researchers say they “study only one part of the brain, the hippocampus, but their findings could be an important step towards understanding how white matter changes in conditions such as schizophrenia, autism, depression, suicidality, attention deficit and hyperactivity disorder, and post-traumatic stress disorder.”


The hippocampus plays an important role in various emotional disorders by regulating memory and emotions.

The team’s findings reveal a mechanism that could explain the change in brain connectivity of people suffering from post-traumatic stress disorder, for example. Researchers think that stronger neural connections may be established between the hippocampus and the amygdala, the region responsible for the flight-or-fight response in the brain of patients with post-traumatic stress disorder, while the connections between the hippocampus and the prefrontal cortex, which normalizes our responses, are below normal.


Your fear responses will be quicker when the connection between the amygdala and hippocampus is better, as seen in stress relief survivors. On the other hand, when the connections of the prefrontal cortex are not that good, your ability to turn off these responses is impaired. Therefore, when you’re in a stressed state, anti-response pathways in the prefrontal cortex trying not to stress you won’t do as well as the amygdala orders the hippocampus to respond more violently.


Studies on changes in the brain continue on patients with post-traumatic stress disorder and on rats exposed to chronic stress.

Ongoing research on the molecular and cellular effects of acute and chronic stress is also focusing on innate stem cells found in the hippocampus in the brains of adult mice. It was previously thought that these stem cells only develop into neurons, or a type of glial cells called astrocytes. But research has revealed that chronic stress transforms stem cells in the hippocampus into oligodendrocyte, another type of glial cell that produces the myelin that covers nerve cells.


The fact that chronic stress reduces the number of stem cells that turn into neurons may provide an explanation for the negative effects of chronic stress on learning ability and memory.


Researchers are now conducting experiments on how exposure to chronic stress during childhood will affect white matter in the brain and whether its effects may improve after childhood.


* The article you are reading is presented as a free translation of the following news article.