Some Interesting Facts About Advertising 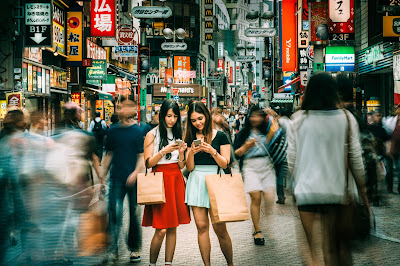 (CTR) is at an all-time low. For most readers, this is not new information. From the mid-2000s, the downward trend became visible. This article explains why advertising banner ads is not an effective way of making money. Although I agree with the article in general, I differ from the findings there on some concrete points. Success in advertising, just as with other forms of online marketing, depends on how well one prepares and works for this strategy. Ad production, ad copy and overall strategy play an important role. After all, it’s a sixteen-billion-dollar market, and it’s growing. No one wants to spend that amount of money on a business that has no realistic return. However, the article in question touches on some very interesting facts. Here are some:


The average clickthrough rate (CTR) per ad is around 0.1 percent.


8 percent of all internet users realize 85 percent of the clicks on all advertisements published on the Internet. This information is from 2009. I guess that these rates have increased even more, especially with the introduction of the retargeting method called retargeting.


Here is the most shocking information:


Statistically, the average internet user is less likely to click on an ad than to survive a plane crash.


I embellished this information with different statistics with my own research.


1. You are more likely to be admitted to both Harvard and Stanford universities at the same time than clicking an ad.


2. In 2012, six trillion ad views were viewed across the internet.


3. You are more likely to receive grant capital from the state for the business you will set up, than clicking on the ad.


5. The three most used ad formats account for 80 percent of all on-air ads.


6. Even if both you and your partner have brown eyes, your child is more likely to have blue eyes than clicking an ad.


7. Large ad banner has the highest link click rate compared to the others.


Putting aside this useless fun information, how can you make the ads you run more effective?


New units of measure? At the center of ad click statistics is the CTR. Banner ads can be evaluated from another point of view. There are lots of options:


Advertising Engagement: A specific definition has not been made yet. However, it examines ad creativity and accordingly focuses on whether the user interacts with the ad in some way, even if it is limited to just hovering the mouse cursor over it, despite not clicking it.


Delivery Time: The length of time the ad remains visible on the page.


Engagement Time: The length of time the user interacts with the ad.


According to Google, the technology helps advertisers plan backlinks by taking into account the impact on users’ emotional engagement and offline behavior.


It turned out that the ad style called rich media, which includes ads presented with enhanced visuals, is more effective than classic ad banners. These ads, which can be broadcast in a wide format from computer games to videos, are known to provide six times more user interaction than static ads. In a 2012 study, it was reported that rich media ads generate three times more revenue to the site they are posted on.


Differentiating the Targeting Method? Google basically uses contextual targeting when placing ads on publishers’ sites. Contextual targeting means running ads similar to the content of the site or the topic of the keywords that users used to find that site. There is no doubt that this method is the best option for advertisers among those currently available. However, this method does not work that well. Facebook allows you to use an identifiable audience based on the profile information of its users. However, we do know that Facebook’s link click-through rate (CTR) is lower than Google ads. It would have been better to be able to identify the target audience with another method. A system where users could control what kind of ads they want to see or not would have a positive impact on ad interaction and click-through rate. Such an ad return method is implemented in its simple form on some sites such as Reddit and stack-overflow, which offer users the opportunity to vote ads up or down. Its development can breathe new life into the advertising market.


Less Ads? Google predicted that the average number of banner ads viewed by internet users would decrease by 25% in 2015. It is thought that people will be exposed to less and less banner ads, but the ads that decrease will be of the type that the user will be more interested in.

20 Amazing Ways to Get Clicks

How to Cope with Morning Sickness and Nausea During Pregnancy?

Your joy and excitement when you find out that you are pregnant, As with 70% …

Powered by WordPress | Designed by TieLabs
© Copyright 2022, All Rights Reserved